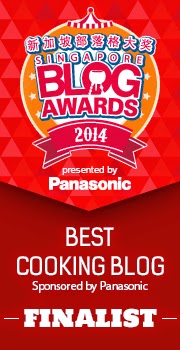 I have never eaten a Hokkaido Chiffon cake before today.

Well, you see, a person who bakes as often as I do tends to be a scrooge when it comes to forking out money for cakes. I just cannot bring myself to pay for cakes when I know I can make them at a fraction of the price at home.

So I have heard of these cupcakes, and I have seen them in shops. But I have never made them. And since my mom and sister had taken the kids out, I thought it was a good time to finally make some cupcakes!

They are a bit troublesome to make – indeed in my opinion many Japanese cakes are kinda troublesome to make, but the process is not a difficult one. At the end of the day, you do end up with pretty impressive-looking cupcakes after all that effort! 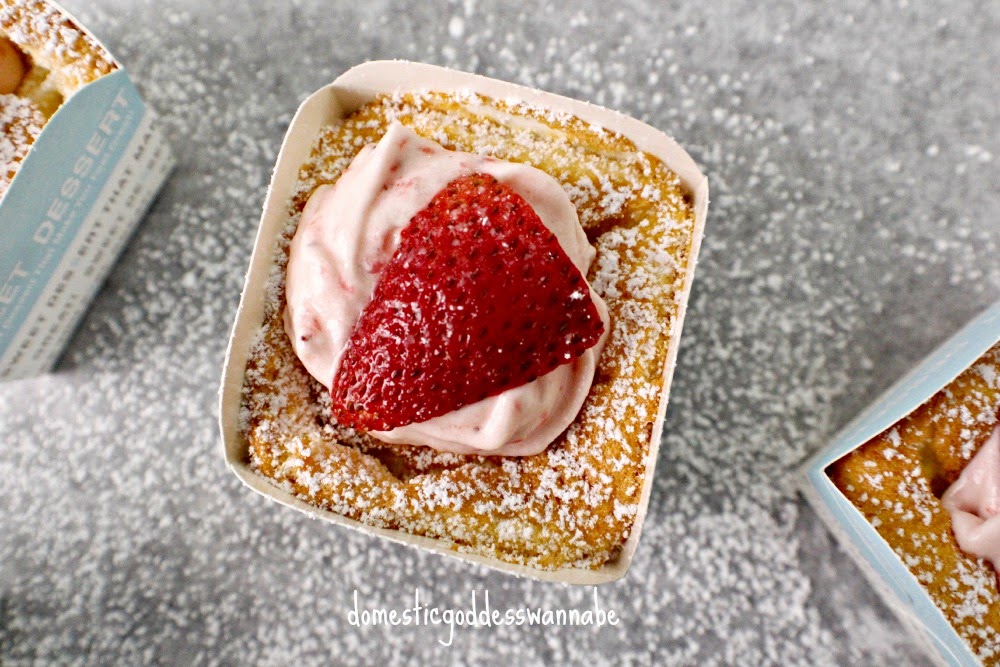 Here’s how to make these cupcakes!

First of all, I beat together egg yolks and sugar until the mixture became pale and fluffy. This may take a while, especially if you are using a hand-held mixer. 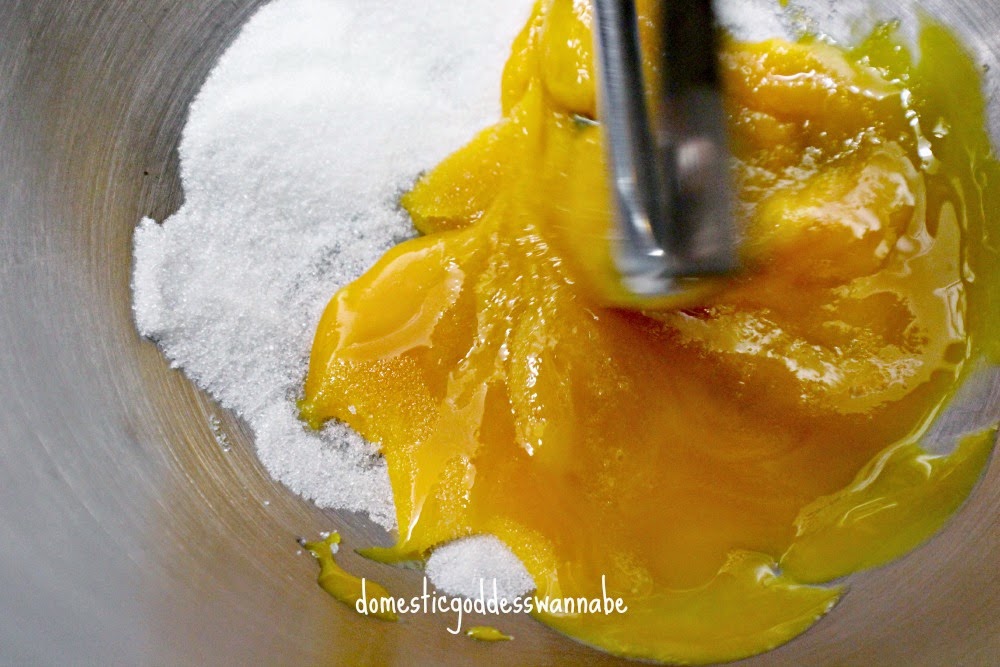 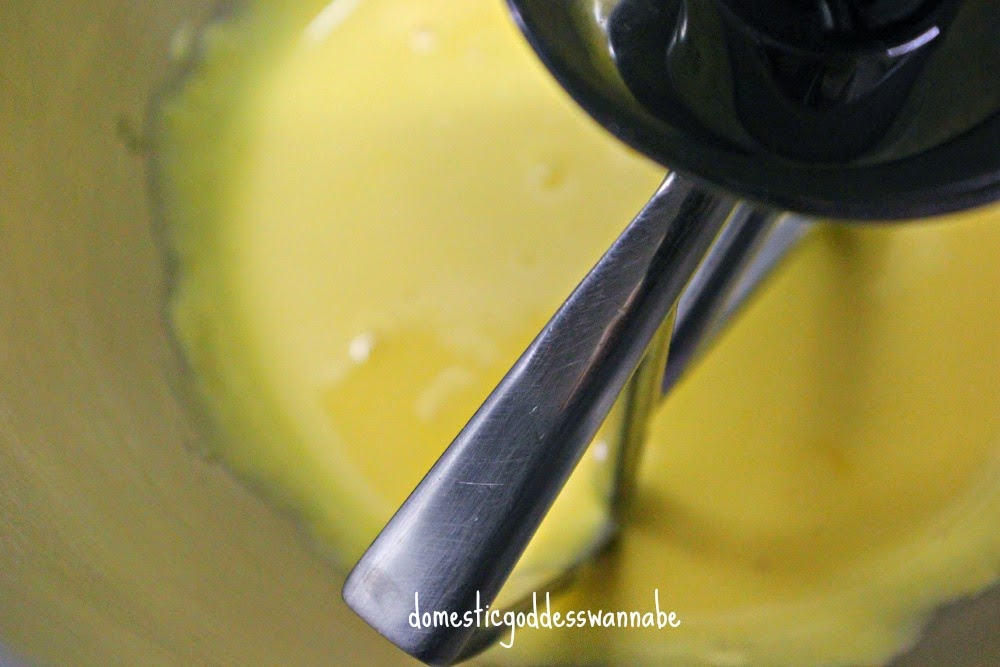 Into this, I added the oil, followed by the milk and vanilla extract. 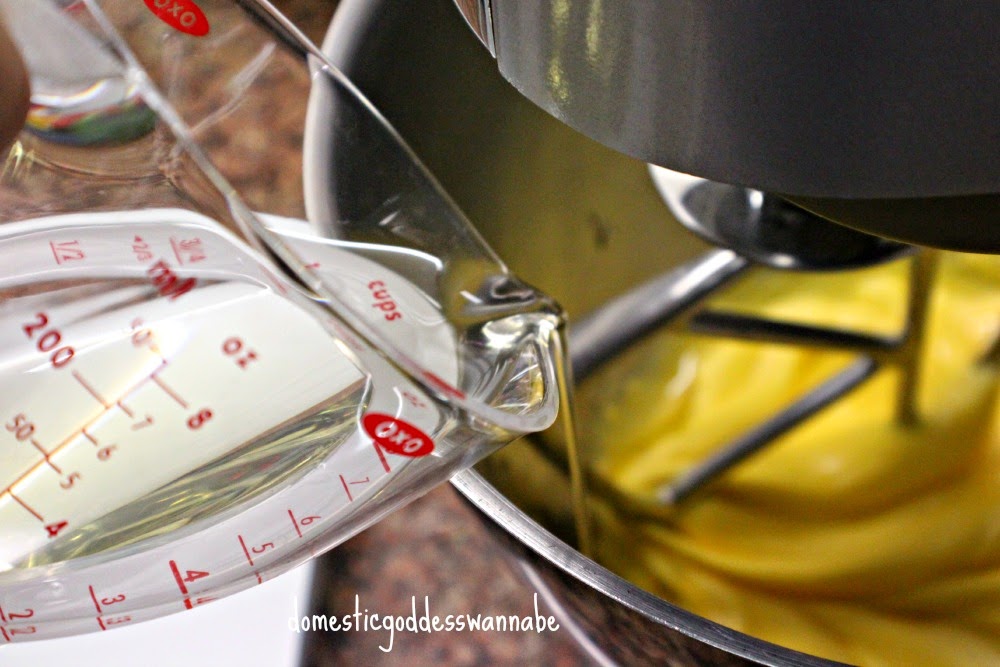 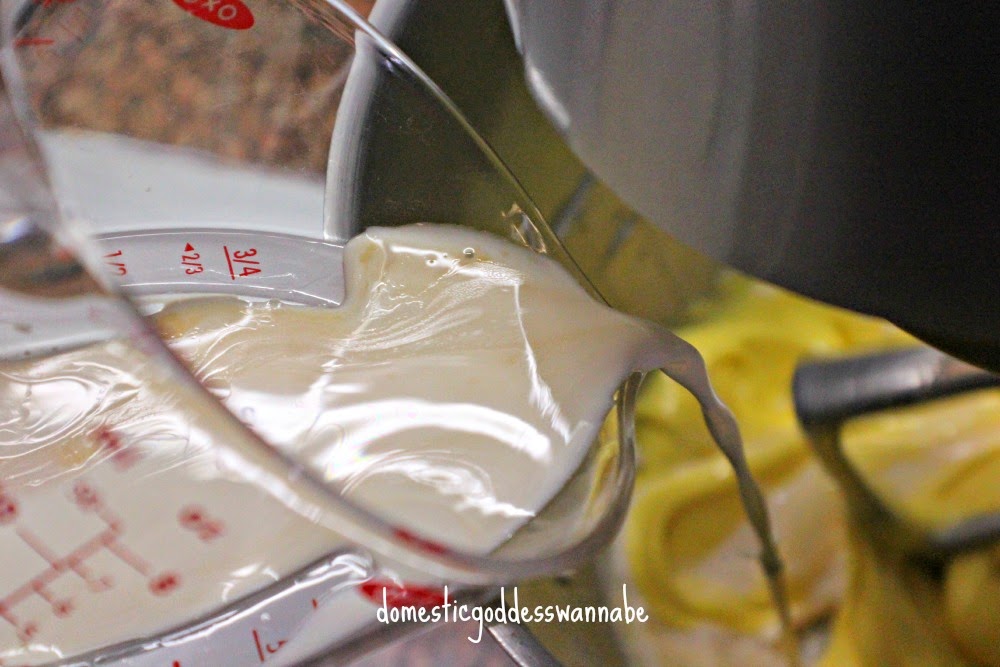 Once the mixture was well-combined, I folded in the flour. I like to do this by hand. 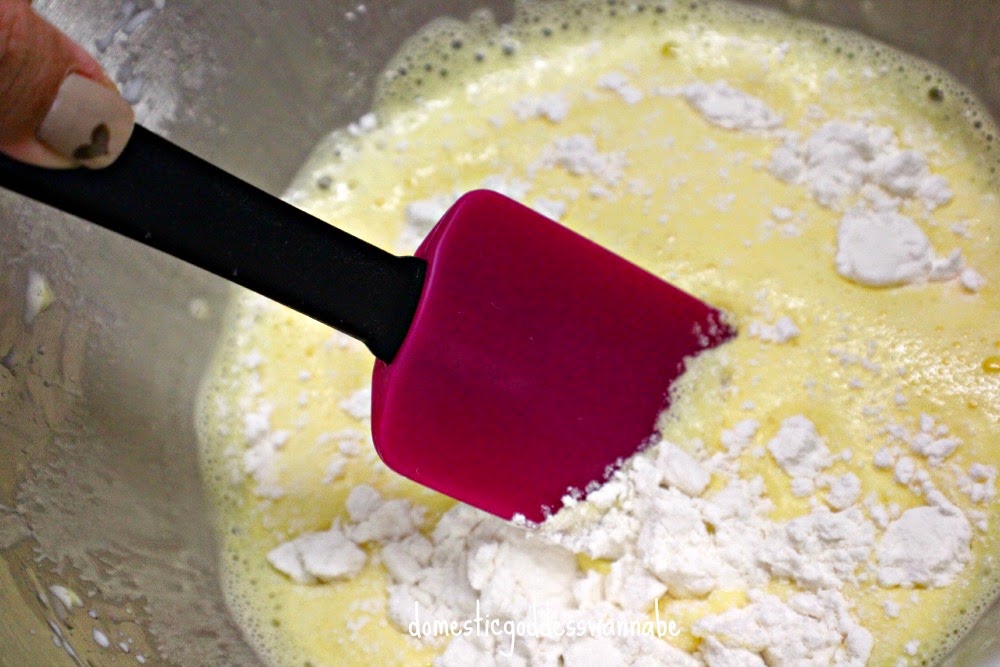 In the meantime, I whisked the egg whites in a mixing bowl. Once the mixture was foamy, I added the cream of tartar.

I kept beating until the egg whites had reached the soft peak stage. For pictures and an explanation on how to tell the difference between soft and stiff peak, see here.

I added the sugar and continued whisking until I reached the stiff peak stage. 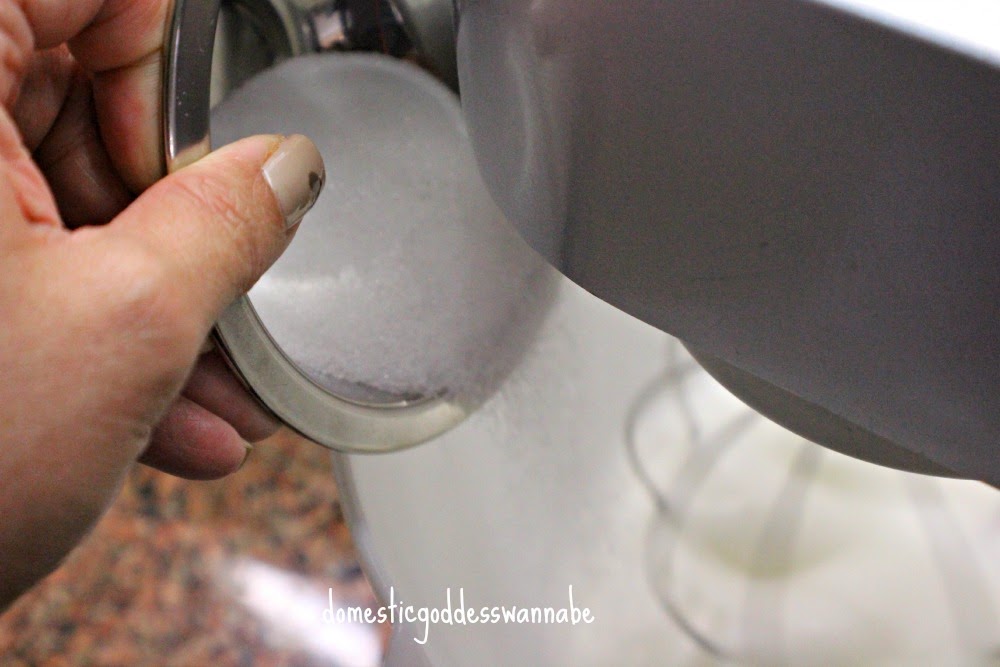 I took 1/3 of the egg white mixture, and mixed this into the egg yolk mixture. There is no need to be gentle here as we simply want to stablise the mixture. 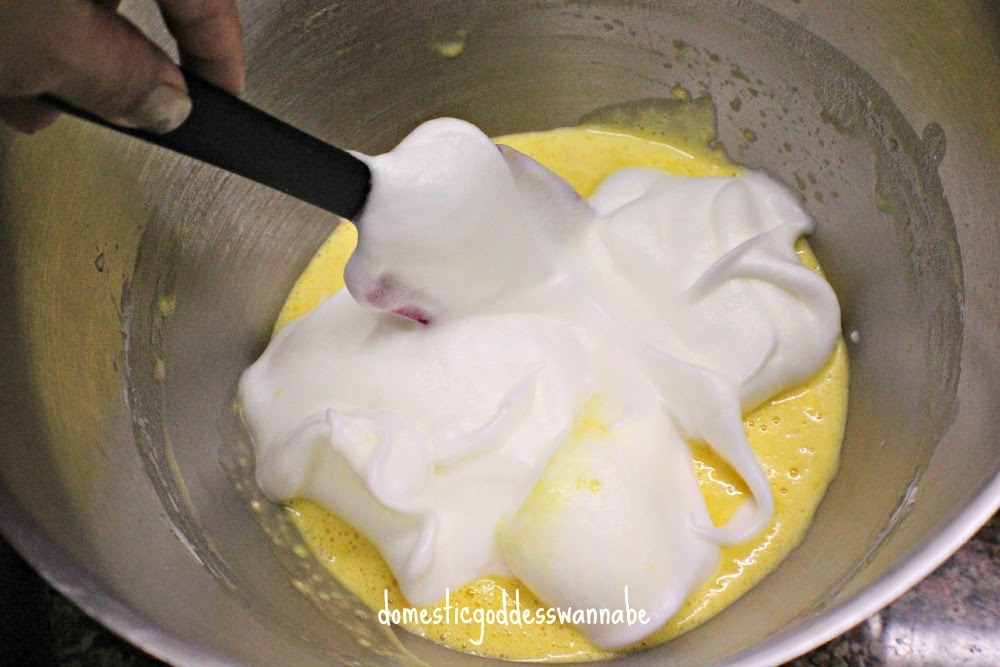 Then I very gently folded the rest of the egg whites into the mixture. 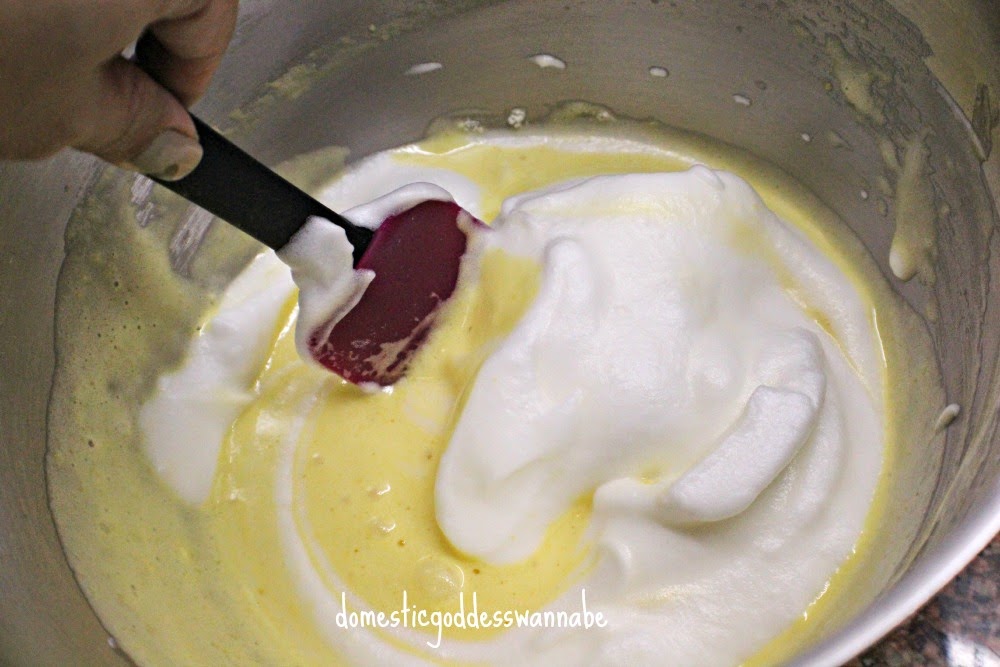 I dished the batter into cupcake cases. 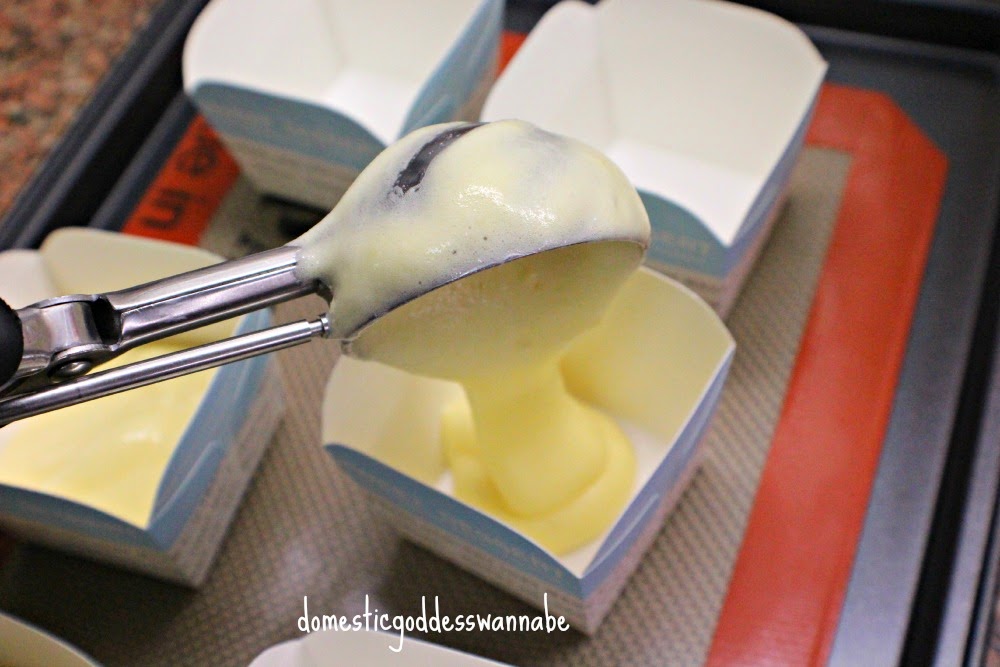 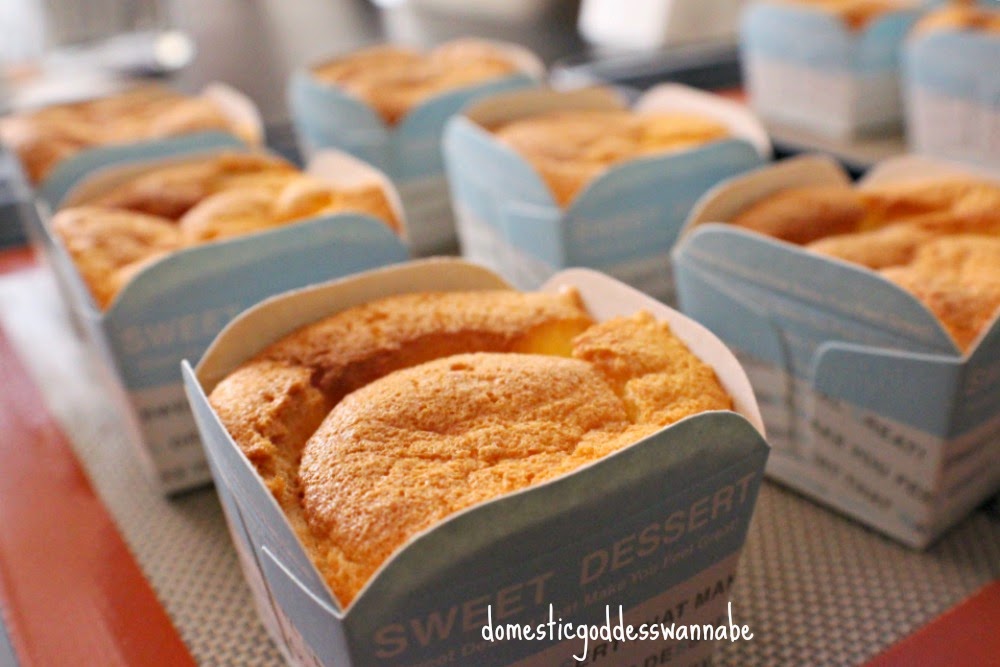 Once baked the cupcakes need to be cooled completely. They will deflate as they cool. Do not panic.

To make the filling, I first pureed the strawberries. This was set aside. 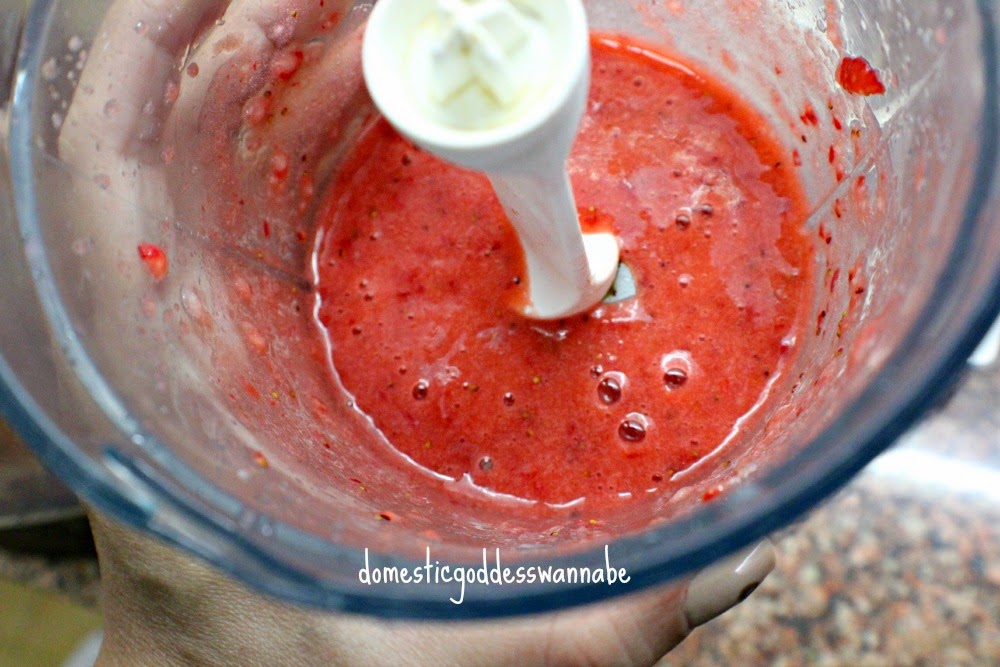 Then I whipped the cream with the sugar in a bowl that was set in an ice bath until the cream was stiff and firm. 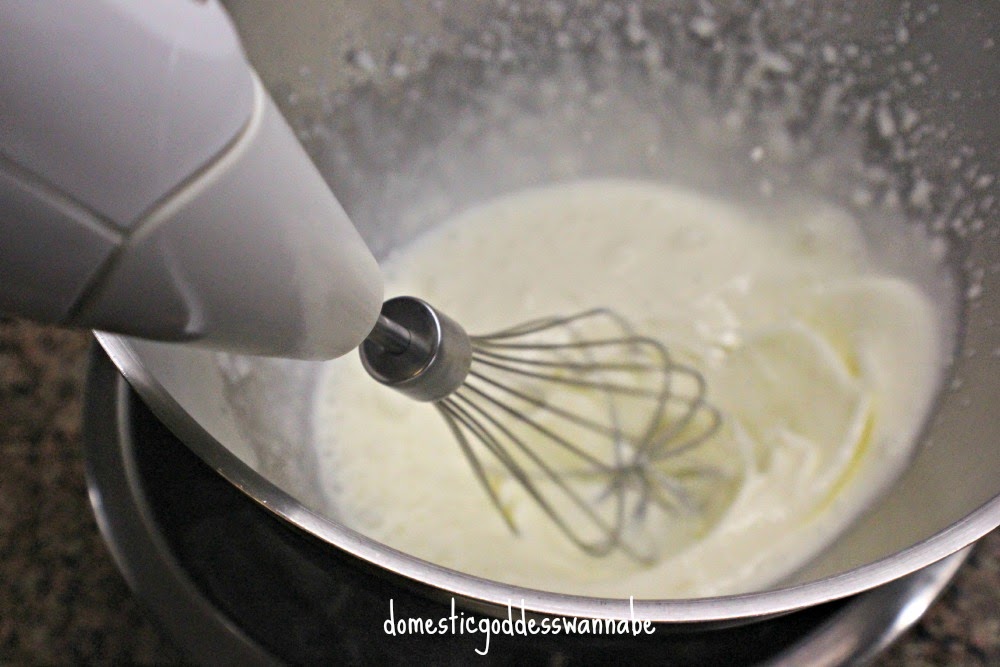 The strawberry puree was folded into the whipped cream and piped into the cupcakes. 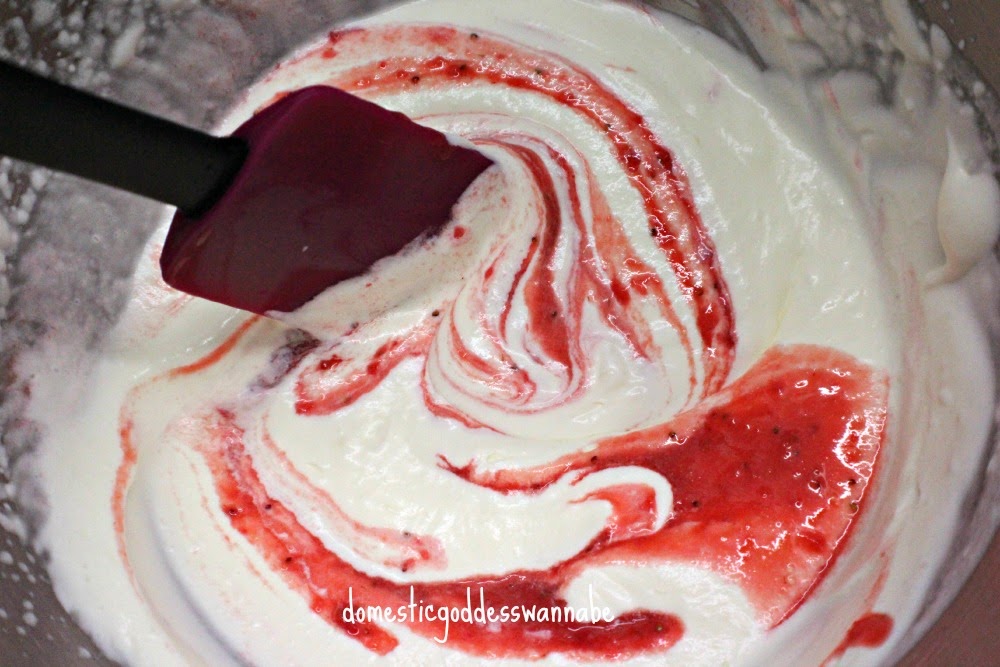 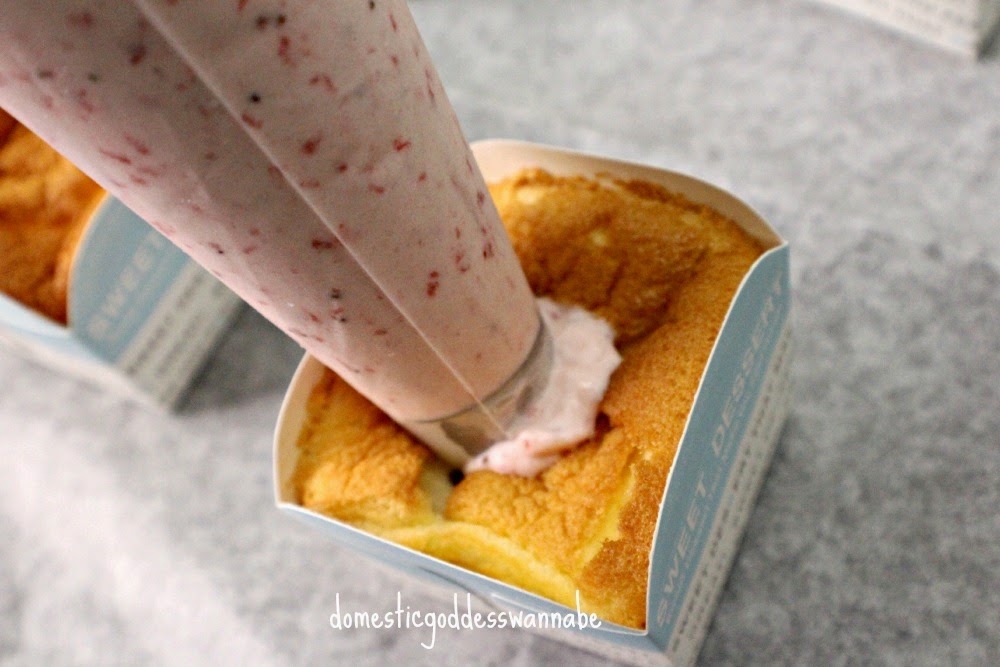 I placed a slice of strawberry on top and dusted with icing powder. 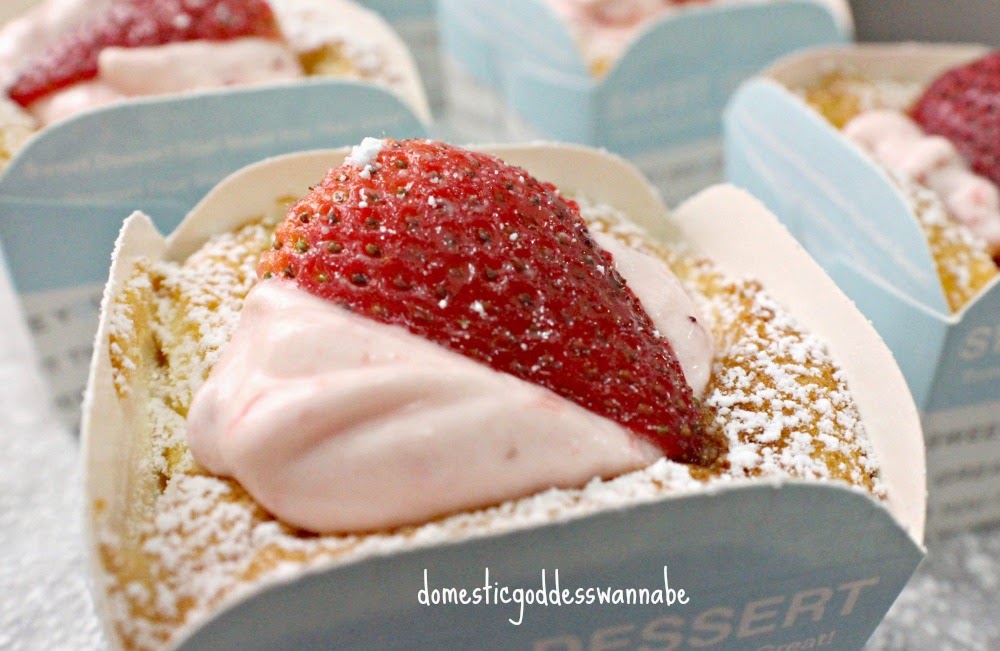 They were pretty good.

After all that effort. I finished my cupcake in less than 5 minutes.

Well, it is a good thing I made quite a few! 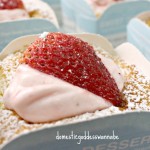 I’m linking this post to  Bake Along and this week’s theme is Chiffon Cakes jointly hosted byJoyce of  Kitchen Flavours, Zoe of  Bake for Happy Kids and Lena of Frozen Wings 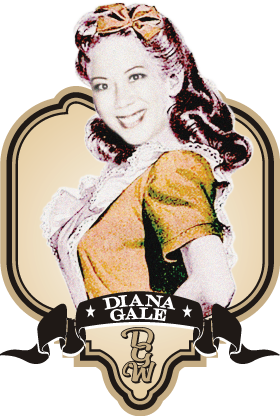 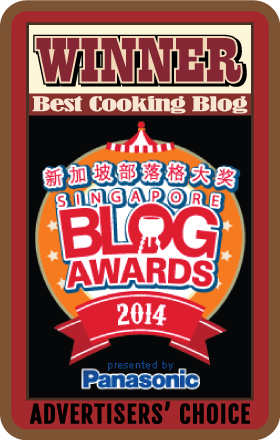 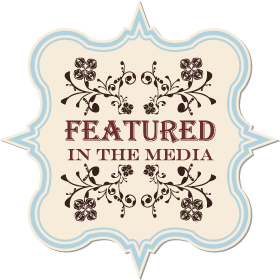 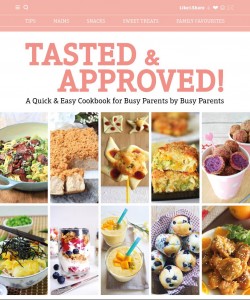 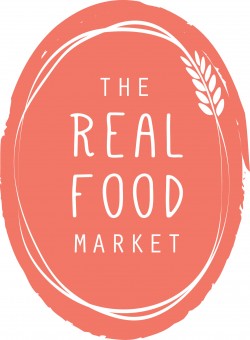